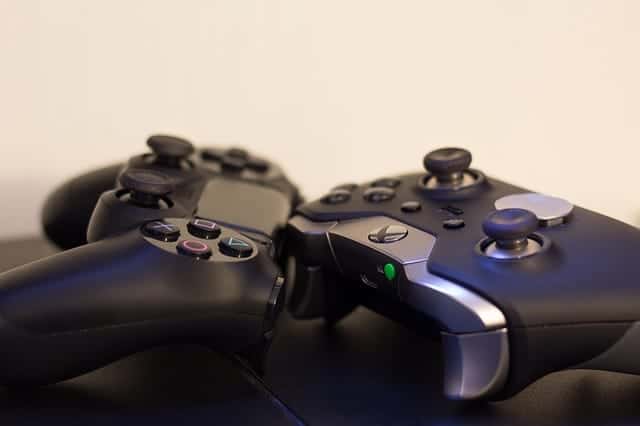 The issue of DNS servers and online gaming is quite complex, and we’ve got many different articles on this site dealing with this issue. Because networking is so complex and variable, there unfortunately isn’t one “best” pair of DNS servers that every single gamer in the world could try that would automatically give the best performance.

Network performance depends on so many factors like location, network usage and so on, that it is impossible to give a one-size-fits-all answer on the best DNS for gaming for absolutely everyone, no matter where they are. In other words, it depends on where you are in the world which DNS servers you should use for gaming.

Here is a quick overview of the first DNS servers to try for American gamers:

The general process would be to test the speed of your current default DNS servers with your gaming console/PC, and then test these other servers one by one to see if there is any consistent (and not just one time) improvement in speed.

Again, even with these America-specific servers, there won’t be a single answer that works for everyone, since the network is so complex and variable, and the USA is such a large country geographically.

Some users may get a benefit by using one of these manual DNS servers; others may get the best performance from their default DNS servers assigned automatically by their ISP.

Let’s look at the issue in more detail, first going through the more obvious global DNS servers that online gamersfrom around the world can try, and then moving on to the more localized ones in the US, covering all the different states where other freely available public DNS servers can be used.

Let’s first cover the most global free DNS servers you can test for gaming. The best bet is Google’s DNS servers (Primary 8.8.8.8, Secondary 8.8.4.4), as they have servers all over the world, so they will often work for gamers in America as well as they do for other users around the world. There are also some other global DNS server options to try.

We’ll cover the steps to manually change your DNS servers for the PS4 below, but the general process is the same for all game consoles – find your Connection Settings, switch to Manual/Custom Setup, go through all the settings as they are until you get to DNS Settings, then switch to Manual, enter the DNS server pair you want, and finish the setup.

Using these well known public DNS servers may or may not deliver better speeds for gamers. For users wanting more choice, then see also these lesser known but still public and free DNS server pairs from larger companies that you can use: Let’s now move onto more US-specific DNS servers, for gamers who want to do more advanced testing and optimization of their connection.

The USA is a really large country, so comparatively speaking there are quite a lot of other public DNS servers dotted around the country in different states, that gamers living in these areas can try out.

They are broken down by location, which makes it even better, With DNS servers, the more location specific you can get, the better performance usually is. Not all states are covered, but a decent number are.

Here are some DNS servers with 100% recorded reliability at the present time that American gamers can use in different parts of the country (skip to your state if available):

Because there’s only one to choose from here, you could use it as your primary DNS and try anything else like one of Google’s as your secondary.

Again try mixing and matching with Google or any other server you like for the Primary/Secondary DNS.

Mix and match with Google DNS or another larger company.

Mix and match with another DNS to get Primary and Secondary servers.

Just one found, so mix and match with Google or another one as needed to get your Primary/Secondary DNS.

Other USA Based DNS Servers (Exact Location Unknown, but 100% reliability at time of writing):

The idea would be to mix and match any of these servers based on location and check results on a speed test. In reality, they are less likely to give you better performance than one of the more globally recognized brands, but some gamers might get surprise results if they live near these locations and try them out.

Manually find your own optimal DNS servers with “DNS Benchmark”.

Another even more advanced and customized way to find an optimal DNS server pair for your location is to download and run the free DNS Benchmark tool.

This is special software designed to test hundreds of different DNS servers to find the best servers for you in your current location.

Here are the steps to run this test:

Does Changing DNS Servers Make a Difference to Online Gaming?

Let’s move on to the often debated question of whether changing DNS servers even makes a difference to games.

This question is not well understood, as people who discuss it often confuse the issues of speed/bandwidth and latency/ping, which are two completely different things that need to be properly distinguished so that DNS settings can be viewed in the proper context.

In simple terms, speed/bandwidth refers to the download/upload speeds you can get from your game console, which has important implications for downloading files and streaming.

To a small extent it can affect gaming, but only to a certain acceptable minimum – you can usually play online quite comfortably even with a download speed of a few Mbps on your Internet service.

Upload speeds are also important if you host a lot of online sessions, upload content to YouTube or other streaming platforms, or use SharePlay or other sharing services heavily.

A good minimum acceptable upload speed for online games is something like 300Kb/sec, which most connections currently have. Session hosts, streamers, and uploaders benefit from more.

Latency/ping, however, is actually the most important metric for gamers, and determines not the amount of data sent, but the speed of sending between devices. This determines whether or not you lag with online gaming – a high ping value in terms of milliseconds means that data is taking a long time to be sent to and from your device, which is when you have ping, with players jumping across the screen.

This is the metric that players need to pay attention to when making settings changes to try to optimize their online experience. Players can have very “fast” internet in terms of their potential package speed, but they can still struggle to properly play online if their ping is high.

So when making changes to DNS settings, it is really the ping that players should pay attention to more than speeds. Does changing DNS settings really influence ping?

We’ve covered this elsewhere in our detailed post on the topic – the short answer is that it doesn’t actually seem to affect ping/lag when rigorously and repeatedly tested.

Here is the quick summary on what DNS settings can and cannot do for gamers:

Therefore, gamers who are wanting to test different DNS servers should be realistic about what they can get out of these changes. Faster speeds are entirely possible if this is what you need, but latency or ping needs to be addressed separately for online gaming.

We’ve presented so much information and options in this article it can be a little information overload for some readers, so let’s boil it all down into 3 simple priority things to try to get your best DNS server for gaming in America, in order of difficulty and time needed.

link to A Complete Guide to Reducing Lag on the PS5

The PlayStation 5 released to great anticipation as always with new generation games consoles, and to accompany the release we want to produce a definitive guide on how to reduce latency (also known...