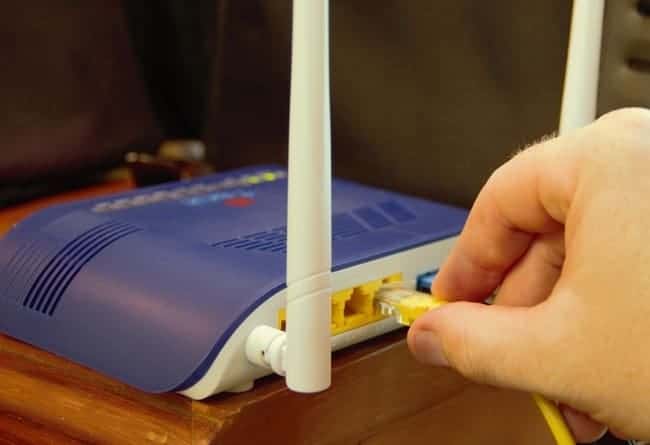 It can sometimes happen that we are stuck with just a router on it’s own, and want to know what we can do with it, if anything. Is a Wi-Fi router of any use without a modem? Can we do anything to get online with just a router?

Here is a quick answer:

Unless Wi-Fi routers also have a modem built in (combo model), they cannot be used to access the internet without also using a modem. However, standalone routers can still be used to transfer files between devices on a home network without needing a modem.

It should also be pointed out that many devices that are colloquially referred to as “routers” are actually combo router-modem models, which act as a router but also have the modem built into them instead of being separate. Most Wi-Fi routers supplied by internet providers are like this now.

In this article we’ll help users differentiate between these two types of router, so they know exactly what is required to access the internet. Sometimes, a separate modem is required for DSL and fiber services, which connects to the router and also to the phone line that connects you to the wider internet. Other times, everything you need is in one device that’s generically called a “router”, that plugs into the phone line/master socket directly.

We’ll quickly differentiate between a router and modem before looking at the different scenarios.

Let’s quickly differentiate between a modem and a router, as they are different devices that perform different functions. In other words, routers and modems work together in tandem to help users get online, and you can’t browse the web without both. See here and here for more articles on the differences between routers and modems.

The first thing you need to do to understand what you need to get online is to decipher whether your router is actually a combined modem-router, or a standalone router that needs connecting to a separate modem. This will determine what extra you need to actually use that router to get online.

Scenario #1 – Combined Router Modem – In many cases, what is casually referred to as a “router” or “Wi-Fi router” is actually a combined router-modem, with the modem being contained within the same device as the ethernet ports and Wi-Fi router. This is the case with most newly supplied ISP “routers” nowadays; they have both the modem and router built in, often referred to as “Wi-Fi/wireless hub/box/station”, or something similar. It will usually be a black or white box of some kind, with no other separate modem connected to it. It just goes straight into the phone line/master socket/installation panel with an RJ-11 cable, and this gets you online as long as you have a live internet service installed.

Here are some things to look for here:

What You Need To Get Online – In this case, the modem is contained within the router or “wireless hub”, so effectively the device functions as both a modem and a router. Therefore, all you need to get online is an activated internet connection by an ISP (eg. Comcast, BT etc). Just plugging the router-modem into the phone socket without having an internet service installed and activated won’t work however. You need an active internet service to use that router-modem to get online.

You can however, use this router as a second router, connecting it up to your main router to install another access point in the home. We’ll cover this in a section further below.

Scenario #2 – Standalone router and separate modem – Now let’s cover the slightly less common case nowadays of having the modem and router separate. In this case, you’ll have two separate devices that need to be connected. The router is connected to the LAN port on the modem, and the modem then goes into the phone line/master socket to connect you to the wider internet.

Here’s an example of a separate modem (on the left) and router (on the right): Here are some things to look out for here:

What You Need To Get Online – In this scenario, you will need 1) a modem to connect up to the router (or just get a combined modem/router instead); and 2) an internet connection installed and activated by a provider, to get online. Your modem would need to be connected to the master socket/installation panel, and your router would be connected to the modem, and once an internet service is activated, you can get online by using the router. In most new internet installations however, they’ll just provide you with a combined modem/router anyway and hook it all up for you, so you don’t even need to worry about this.

Again though, you can use this router as a second router, almost turning it into a switch where it’s providing more wired and wireless access points in the home. We’ll cover this in a section below. Whilst it is true that you cannot use a router on it’s own to access the internet without a built in or separate modem and an activated internet service, you CAN however use a router to transfer data between any devices connected to that router within a home network without having a connection to the broader internet.

Most routers have 4 ethernet or LAN ports, and a separate WAN/internet port off to the side a bit. Something like this: The gray WAN/Internet port is what connects to your modem (or straight into the phone line if a combined modem-router), whilst the yellow LAN ports are what you plug home devices into, like PC’s, games consoles, laptops etc.

This is often referred to as file sharing; here are some relevant links for doing this for devices connected to the same router:

However, also note that you can often transfer files directly between devices, especially if they have LAN ports, without even needing a router in the middle. However, a router can often be used for this purpose even if no modem or internet service is present.

If you find you are stuck with a standalone router without a modem, or your current router is broken, here are links to some combined router-modems, with compatibility with some major US ISPs:

(Links are affiliate links to Amazon):

Be aware that these are predominantly for cable internet services and may not work for DSL, satellite or fiber optic services. They can be quite expensive as an initial outlay, but long term they can also save you on the Wi-Fi router rental fees that some ISPs charge you for using their own routers.

If you are looking for just a standalone modem only to connect to the router you have:

Using A Router as a Second Router

Something else you can do is use a spare router you have as a second router in the home, connecting it to a primary standalone router or combined router-modem. You don’t need another a modem to do this with the second one; you just need to connect the second router to the first one via LAN cable, and this allows you to extend a home network, providing more wired LAN access points and/or wireless coverage.

However, routers can be connected to other routers, given you make a few advanced configuration changes first:

link to Does a Wi-Fi Router Give You Internet Access?

This is an interesting question that we may ask if we've found a spare router lying around, and don't like the look of some of the eye watering startup fees that some internet companies charge just...